At the end of June, I went on a family trip to Orcas Island, Washington. I flew into Seattle and spent about a week there before I joined the rest of my extended family. It was my first time visiting Seattle, and I love to experience new places. I have a cousin that loves it there; she visits all the time. She always says wonderful things about Seattle. I think she eventually wants to move there. After spending some time, I can safely say that I don’t have a need to go back again. I did enjoy the sights, but I felt it was more of a been there, done that situation.

I had a list of sights to see and places to visit. Mostly touristy things. Pike Place, the Space Needle, the Gum wall, Fremont Troll, etc. I found a rental in the Fremont district on HomeAway, and I was ready to go. 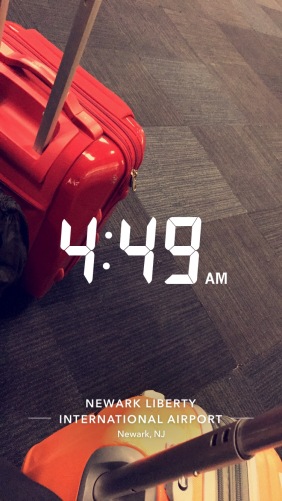 I had and early flight out of Newark via United Airlines. They have a weird premiere access escalator that, if you have the precheck stamp on your boarding pass, you may use. It’s literally right next to the regular escalator, so I don’t see the point of it, but I used it anyway. The boarding process was the same inefficient nonsense. You would think that any airline would want to maximize their time and get the flight going, but no. It seems to be after what I’m assuming is months, if not years, of data and research, they have decided to make it the most ineffective way of boarding. I don’t seem to understand why first class boards first. I get why you would want to board people with special needs first, but not priority and small children. If I had a small child, I would want them off the plane for as long as possible to run around and get tired, before I place them in a small area and try to keep them quiet. In regard to the first class, why must the poor people in economy have to brush by them, or wait for them to finish putting their bags up? They’ve  been on the plane a good five to ten minutes beforehand and are still blocking the tiny aisles! To me it makes way more sense to board from the back of the plane. Then no one is struggling, dodging elbows and bags to the head, or the dreaded rubbing your hips, or posterior on some jerks arm in the aisle. But that’s just my two cents.

As you could probably surmise, we were seated at the back of the plane. Which meant that their was no breakfast food left for the entire back one third of the plane. Our flight out was early and none of the airport places were open, so we were banking on overpriced, tiny portions, of airline cuisine. Add insult to injury, we were tempted by the snazzy menus in the seat pockets in front of us. They were telling tales of fruit bowls and frittatas, elegant egg sandwiches, overflowing oatmeal bowls, and so much more. Sadly there was nothing left but Pringles and cheese plates. At this point I got indignant and huffy, so I ordered nothing. Jules obviously relished in eating Pringles for breakfast and had two medium sized cans over the next hour or so. Alan ordered a bloody mary. When I asked him why, he responded with “it’s got calories.” I finally gave in and got a cheese plate. Apparently you need to have a black belt in karate and be an engineer to open it. The struggle was real. One had to find the balance between creating enough force to pull the plastic off the top while keeping one’s elbows in and not spilling the meager portions of cheese all over the place. Oh and not to be a cheese snob, but the snazzy description says it contained “Cheddar” but the packaging said “American Blend” and you could clearly taste the difference. 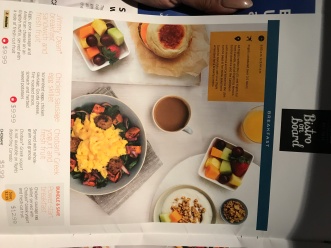 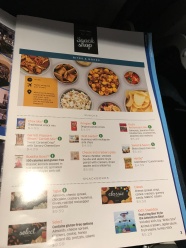 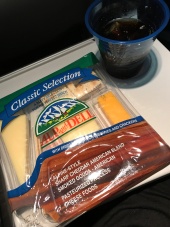 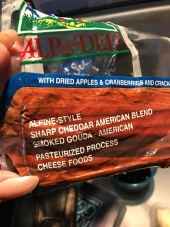 Should I even go into the drink experience? United has a screen in the seatback in front of you. This screen enables you to pre-order what drink you want. I love Coke Zero, so I ordered Coke Zero. When the flight attendant came by, she handed me a Coke. I politely informed her that I ordered a Coke Zero, and she showed a major attitude. Rude. I eventually got my Coke Zero and watched a few movies to get me through the rest of the flight. I forgot to mention they gave everyone these weird stuffed waffle things, I think they were of Danish origin, but I could totally be wrong. You are supposed to put it on top of your coffee or tea and that warms the caramel center up. It was not delicious. 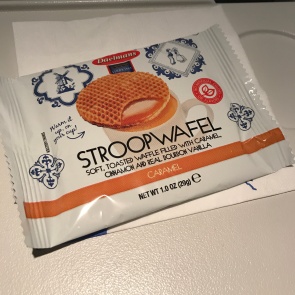 Upon arrival at the Seattle/Tacoma, Washington airport, we were greeted with wonderful views and clear skies. We got our bags and shuttled over to the rental car facilities. What happens when you let a 12 year old boy pick your rental car is that you get a huge, white, Dodge Charger. Blame my dad. And off we went to explore Seattle. Not even dropping our bags at the house rental because AFB(dad) wanted to see as much as possible in the two days he had in Seattle. He was joining other family members to go sea kayaking and camping for a week before everyone met in Orcas Island. It was a bit stressful and slightly annoying, because Jules and I wanted to spread the sightseeing out over our week alone. Instead we hit up several places the day we flew in. Don’t get me wrong, we had a great time, it was just a lot in two days.

So we hit the ground running and made our way to the Museum of Pop Culture. I had set up a late lunch at the Space Needle restaurant, so we had plenty of time to kill. Fortunately, across the street was a McDonalds. and we were able to get a snack. I. of course, got nuggets. And to my surprise they came in a little sack! They were delicious after having nothing but a cheese plate in the last 7 hours. TBC….. 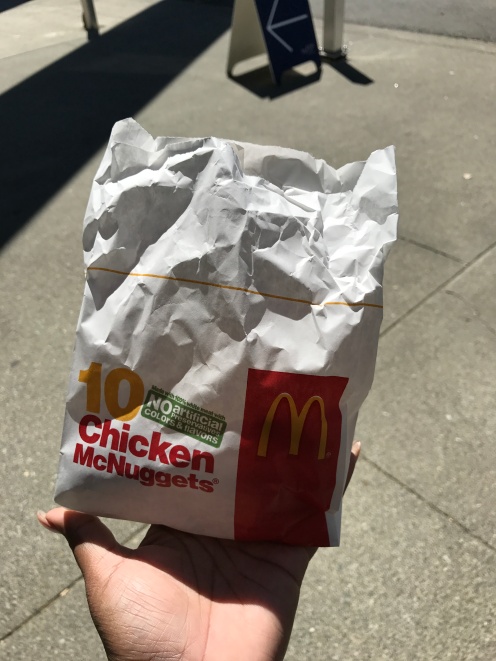