Enjoying a very late morning, it was nice to sleep in. We had breakfast packed and took a shuttle to the airport. Afternoon flights are wonderful. Getting to the airport was easy, but inside the airport was not. It had a weird set up.  We waited on a security/passport control line, only to be told when we got to the front, we had to go check in downstairs. We found the appropriate line to be on and we waited. The line was super long and was not moving. Towards the front, the line broke up into four smaller lines, first class, business, etc. Finally they let us economy flyers into the other lines. That’s when we figured out why the line was so long. Apparently there was a large group of adults and children going on some sort of trip. They had a group of about 75 people. They kept moving in and out of lines and cutting and calling each other to the front. Finally one employee had the idea to close one line to everyone but them. They all moved to that line and the rest of us moved along with great speed. I’ve never seen so many bags and passports in one area. 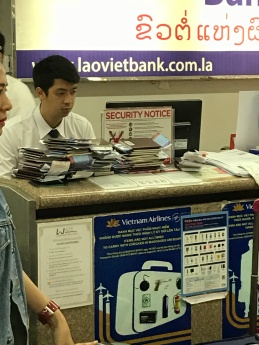 But before that, a man in line behind them tried to slyly move his bag under the divider and in front of Denali. I was like no. And Denali was like, “move back hater; I’m in line.” The man was like, “yeah no problem,” and he got behind Denali. I think he was German, maybe Austrian. Before we got to the official lines, I told Denali we should get in two lines to hedge our bets. He hesitated but gave in. I was in the German man’s original line, which all but a few in the group had gotten out of it. There were only three other people in front of me. But there were a million bags. I was complaining about how they should have just closed this line for the group and low and behold a man moved the four people in my line to the empty business class line. I told Denali to move over because his line had about 15/20 people in it. He moved and the German was none too pleased because his line was not moving. Cheaters never win. 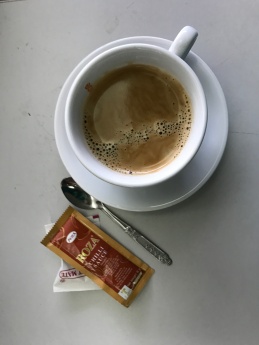 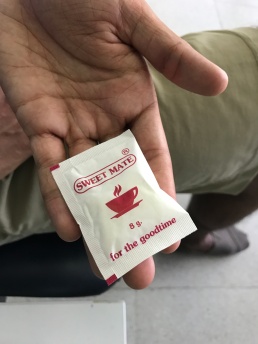 We got our tickets and went back upstairs to Passport Control, then through immigration. First he asked me where my departure card was. It was in the passport. He then asked me where I stayed in Vientiane. I told him we swapped hotels and the name of the new one. He asked me more than once. Then we walked into the waiting area for the three gates at the international part of the airport. We perused a gift shop, and Denali got snacks. I got aggravated by Denali’s inefficiency at getting the wifi password from the coffee shop he got coffee from. He had to go back more than once and refused to tell me what it was. He said he would put it in my phone. I just told him nevermind because I was annoyed at his ridiculousness. Silently I was fuming that he wouldn’t just tell me the password.

On the plane there were lots of kids. And that is when I realized it was the same group of kids from when we flew to Laos. A woman decided to paint her nails on the plane; not cool. We landed in Bangkok and made it back through Customs. We had lunch and waited to board our plane to Phuket. We reminisced because this would be our last time in the Bangkok airport. We boarded, flew safely to Phuket and waited for our bags. But before that, I have to show you the guy’s hair in front of me! 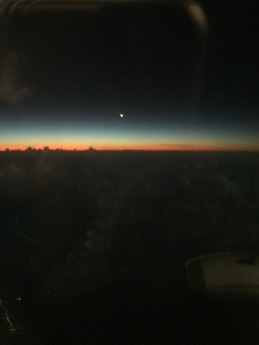 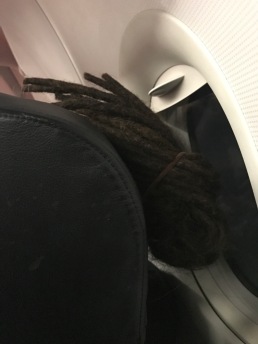 As we were waiting for them, a woman came around with names on a paper. Our names, of course, are on it. She tells us to follow a man. We followed the man to a door and wondered where are bags were. No communication from the man, he just points us through the door. There was a bus waiting, we were told to get on the bus. Still, no one told us what was happening. There were two other English speakers with us, not the cleanest looking people. In fact, one was the guy with the dirty dreads hanging over my seat. That’s it; no one else is on the bus. Apparently their bags are “missing” too. We get driven to the international terminal, brought in through a back door, and told our bags are on lane three. We were all relived that we didn’t get detained. It was crazy because no one explained what had happened. We walked over to lane three and there are were bags. We grabbed them, went through Customs and got a taxi to our hotel.

By this time, it was later and the sun had just set. Our driver had a hard time finding our hotel. We saw the sign for it, but no entrance. We discovered it had a different name and it was a half block down the street from the sign. We spotted it and it was definitely no bueno. It was crazy looking. The whole lobby was open onto the street. We checked in and the man helping with our bags was sharing shoes with someone else. It sounds strange, I know, but one man took his shoes off and gave them to the other. And they were too big, he was sloshing around in them. The elevator was tiny and when we got to our floor, the door opened out like a real door. Not like an elevator door is supposed to. It was an old school elevator. The door opened into a hallway that looked like “The Shining.”

When we got into our room there was hair on floor and possibly bugs. The bathroom was very old and dark. I couldn’t tell how clean it was because of the terrible lighting. I just got a bad feeling, so we booked another hotel and went downstairs to check out. Since it was so late, we asked the receptionist to call a taxi for us. He said five minutes. A few minutes later, a car rolled up, complete with glowing lights and a spoiler. Not a taxi logo in sight. We were like not a chance. That’s your friend that wants to make some quick money. They quoted some crazy price for the ride and that solidified it. We declined and walked down the street to another hotel that actually looked like a hotel, and asked them to call a taxi. We had to wait a bit because apparently all the taxi drivers were asleep at 10:30 pm. 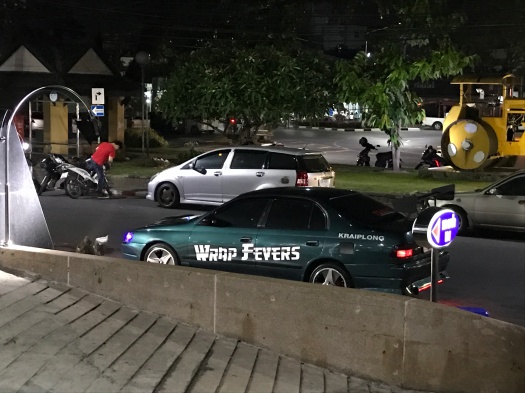 While waiting outside the original car with the spoiler showed up and waited in a creepy manner. Then it pulled into the parking lot of the hotel we were waiting in. Half an hour later, the real taxi showed up and we made it to the new hotel. They were trying to act funny about the bill because I had booked online and it was a struggle. They wanted me to pay although I had already paid online. I wasn’t having it. I made it abundantly clear that wasn’t happening, and they gave in. We got to our room and crashed.